Providing an on line Triage of the news since 1997 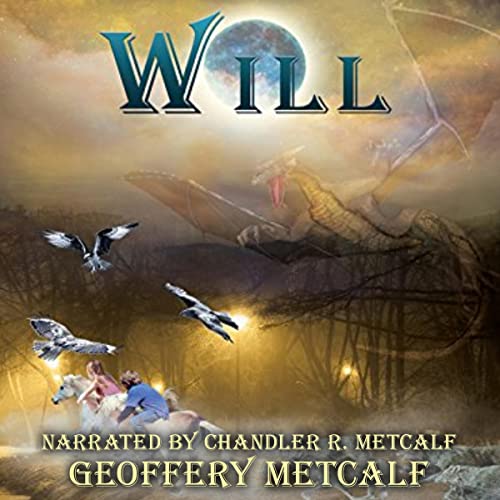 My son has narrated the last book I wrote.
Please consider listening to it and encouraging others to do so too.
(Click on Book Cover)
World & Nation

It commands less attention than a perfectly executed battle plan, and it is much harder to quantify than a numerical edge in shells, tanks or fighter planes. Yet morale has been a deciding factor in battles throughout human history and could ultimately spell doom for Russia’s war in Ukraine. Scholars and military analysts say low morale in the Russian ranks is one of the biggest reasons why Moscow has failed to achieve many of its key strategic objectives in Ukraine despite its far larger army and massive advantage in virtually all other quantifiable metrics. From their disastrous effort to capture Kyiv to their humiliating retreat from Kherson, Russian forces appear to have been at a massive psychological disadvantage. Ukrainian soldiers believe deeply in their cause and have been buoyed by successes, but Russian troops by nearly all accounts appear to doubt the competence of their leaders. In some cases, they simply don’t share President Vladimir Putin’s belief that it is necessary to put their lives on the line in Ukraine.
What Russia has gained and lost so far in Ukraine, visualized Russian commanders ‘worried about threat to amphibious flotilla’ after Ukraine strike


Former AG Whitaker to Newsmax: Trump Special Counsel 'Cover' for Biden's DOJ
Matthew Whitaker, former President Donald Trump's one-time acting attorney general, told Newsmax that current Attorney General Merrick Garland appointing a special counsel for the Trump case would be "cover" for the Justice Department. During a Monday appearance on "Spicer & Co.," the former White House official argued that Garland's decision for assigning a special counsel was motivated by a desire to create "political separation" between the Trump probes and Biden administration. "Based on what we're learning more and more about him, it just appears to be a political hatchet man that ultimately is still going to be responsible to the attorney general, and the attorney general is still going to be in charge of this investigation," Whitaker said of special counsel Jack Smith. Whitaker further drew attention to Smith's job, which might involve constructing a panel centered around investigating the sensitive Mar-a-Lago files obtained by the FBI and events related to the Jan. 6, 2021 Capitol rally. Deep bench of GOP White House hopefuls undaunted by Trump — so far

Nikki Haley, a former ambassador to the United Nations, said this spring that she would not run for president in 2024 if former President Donald Trump staged a political comeback. After the midterm elections this month, Mrs. Haley changed her tune. She has joined a growing list of Republicans who refuse to let Mr. Trump’s return put the kibosh on their White House aspirations. “A lot of people have asked if I’m going to run for president now that the midterms are over,” Mrs. Haley, a former South Carolina governor, said at the recent Republican Jewish Coalition Annual Leadership Meeting in Las Vegas. “I’ll look at it in a serious way, and I’ll have more to say soon.” The willingness to challenge Mr. Trump marks a dramatic shift in the Republican Party.
'Blood in the water': Trump's former allies turn foes in 2024 race Shock: Trump a ‘severe underdog’ in Iowa caucuses 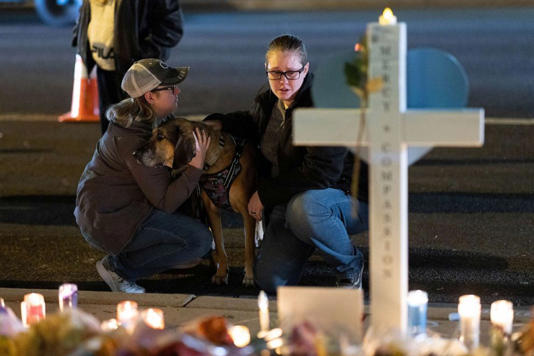 The man suspected of gunning down multiple people at a LGBTQ nightclub in Colorado's second-largest city over the weekend could face murder and hate crime charges. The suspect -- identified as Anderson Lee Aldrich, 22, of Colorado Springs -- is currently being held without bond on 10 "arrest only" charges -- five counts of first-degree murder and five counts of committing a bias-motivated crime causing bodily injury, according to online court records for Colorado's El Paso County. However, those charges "are only preliminary," according to Colorado's Fourth Judicial District Attorney Michael Allen, who serves El Paso and Teller counties. Musk's Net Worth Tumbles by $100 Billion Elon Musk’s net worth has taken a $100 billion hit this year—but he is still the world’s richest person, according to the Bloomberg Billionaires Index. The $100 billion decline in Musk’s wealth is the biggest drop ever recorded by the index. With a current fortune of $169.8 billion, the 51-year-old’s net worth peaked at $340 billion last November, Business Insider reports. The decline in the value of Tesla shares, of which Musk has a 15% stake, has wiped out most of Musk’s net worth. On Monday alone, a 6.84% drop in Tesla (TSLA) stock shaved $8.6 billion off his balance sheet. Year-to-date, Tesla shares are down 58.03%. US justice department seeks to void Trump’s special master review of papers The US justice department is scheduled to ask a court on Tuesday to void the special master review examining documents seized from Donald Trump’s Mar-a-Lago residence and make the materials available to the criminal investigation surrounding the former president. The hearing is particularly consequential for Trump: should he lose, it could mark the end of the special master process on which he has relied to delay, and gain more insight into, the investigation surrounding his potential mishandling of national security information. In a 40-page brief filed in advance of an expedited afternoon hearing in the 11th circuit court of appeals, the department argued that Trump should never have been able to get an independent arbiter because the federal judge who granted the request misapplied a four-part legal test in making her judgment.
King Charles urged to 'strip Harry and Meghan of titles over insult to monarchy' 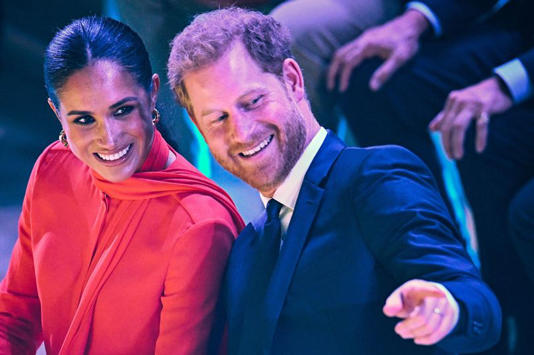 King Charles should strip Prince Harry and Meghan Markle of their royal titles “swiftly and decisively”, a British author has said. Nile Gardiner, a foreign policy analyst and former aide to Margaret Thatcher, spoke out after it emerged the couple are to receive an award which he described as an “insult” to the monarchy. The Duke and Duchess of Sussex are set to be honoured by the Robert F. Kennedy Human Rights Foundation for their 'heroic' stance against the 'structural racism' of the Royal Family.
Harry and Meghan made 'rude and hurtful dig at royal family' by accepting award 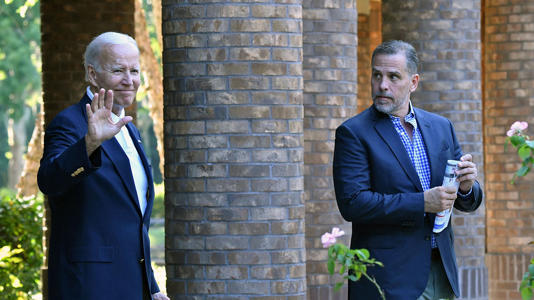 John Paul Mac Isaac is set to release his new book, "American Injustice," in which he details what took place after he first discovered Hunter Biden’s laptop. The release comes just months before a new Republican House majority plans to begin investigations. Mac Isaac explained on "America’s Newsroom" Monday that he has been working closely with members of Congress as their planned investigation into Hunter Biden nears. He said he has provided clean copies of the laptop’s contents and reported every interaction he’s had with the FBI to Congress. "I see holding the FBI accountable for colluding with our mainstream and social media to block a story, a real story with real consequences," Mac Isaac said of the Hunter Biden laptop story. "Also, get to the bottom of what the Biden family was up to when Joe Biden was vice president." Mac Isaac had been swept up in the New York Post's bombshell reporting in October 2020 that shed light on the shady business dealings overseas of the son of then-Democratic nominee Joe Biden as the Delaware laptop repair shop owner came forward with Hunter Biden's laptop after being alarmed by its content in 2019.
CBS Confounds Conservative Twitter with Report Confirming Hunter Biden Laptop Real: ‘Years Late?’

Bitcoin bounces slightly after hitting 2-year low as traders try to gauge FTX contagion The crypto market has been battered this year, with more than $2 trillion wiped off its value since its peak in Nov. 2021. Cryptocurrencies have been under pressure after the collapse of major exchange FTX. Bitcoin reversed higher on Tuesday after briefly hitting a two-year low, as investors assess potential damage still to come in the aftermath of FTX's collapse. The largest cryptocurrency by market cap was last trading higher by 1.5% at $16,045.24, according to Coin Metrics. Earlier in the day it fell to $15,480, its lowest level since Nov. 11, 2020. The cryptocurrency market has lost more than $1.4 trillion in value this year as the industry has been plagued with problems from failed projects to a liquidity crunch, exacerbated by the fall of FTX, once one of the world's largest exchanges. 'A tragic thing': 59 years later, watch WFAA's breaking coverage of the JFK assassination WFAA was one of the first media outlets in the world to report on the tragedy that would forever change the course of our nation's history. Fifty-nine years ago Tuesday, WFAA photographer Bert Shipp was stationed at the Dallas Trade Mart, awaiting the arrival of President John F. Kennedy. Shipp saw the president's motorcade. But it wasn't stopping at the Trade Mart. "All of sudden, we saw them approaching. They didn't slow down," Shipp reported on air, after hurrying back to WFAA's newsroom on Nov. 22, 1963. "As a matter of fact, they were going 70-80 mph past us."  The motorcade, it turned out, was heading to Parkland Hospital.
More Top News

Climate reparations get cold shoulder from activists, conservatives ahead of expected GOP roadblock

Happy Birthday, President Biden: Very old and left with nothing but bad options Welcome to Shamelot. It’s not quite the Kennedys, but it’s the best the Bidens can do. The first family threw a wedding for their eldest granddaughter on the South Lawn for 250 guests over the weekend. Because nothing says “we feel your economic pain” like hosting a grand wedding at the taxpayer-funded White House. See, when gas prices are this high, it is best to have your wedding at home. Suckers!
Flip-flop Schumer on illegal immigration, then and now If an awards show were created to honor Washington politicians for the most outlandish, hypocritical and contradictory positions, Sen. Charles Schumer, New York Democrat, would be among the top contenders. In a 2009 speech at Georgetown Law School, Mr. Schumer said that “illegal immigration is wrong. We must create a system that converts the flow of primarily low-skilled illegal immigrants into the United States into a more manageable and controlled flow of legal immigrants who can be absorbed by our economy.” Fast-forward to last week and a different Chuck Schumer emerged. Citing a “drop” in the U.S. birthrate (could the aborting of 60 million-plus babies be a factor?), Mr. Schumer said, “The only way we are going to have a great future in America is if we welcome and embrace immigrants, dreamers, and all of them, because our ultimate goal is to help the dreamers, but get a path to citizenship for all 11 million or however many undocumented there are here.” Mr. Schumer doesn’t know how many there are because the Department of Homeland Security can’t tell him. Neither can he say how many are bringing in drugs, or how many are terrorists, pedophiles or human traffickers. Border Patrol has managed to arrest some people who fit these categories, but the number of “got-aways” continues to rise, so they can’t calculate the total.